The time change this year has seriously kicked me in the rear and continues to do so.

That would explain my recent lack of posts: I’ve just been flat-out exhausted by 6pm almost every night. Under normal circumstances it wouldn’t be unusual for me to stay up as late as midnight doing whatever it was I was doing all that time but since we fell back, holy crap, I can hardly get myself to do much of anything. I’m ready to go to bed by 8pm and trust me, that’s not like me at all.

The good thing? I’ve been getting some amazing sleep and have had no battles with the seasonal illnesses that have made their annual appearance in the household. Both Ann and Anthony have been battling sniffles and coughs while I just plug away without feeling any ill effects. I’ve been quite fortunate this year in terms of illnesses which I have fended off since February, and it could be attributed to the good sleep I’ve been getting.

But I’ll be quite honest when I say that, despite the apparent health benefits, going to bed  or at least nodding off so early definitely makes me feel much older than my 43 years. 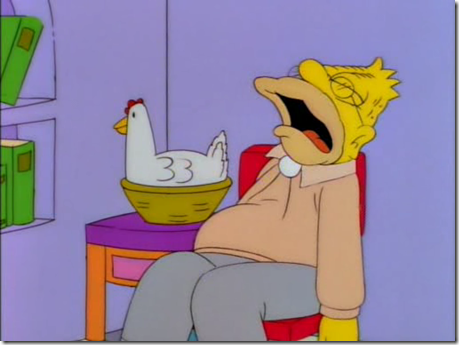 Maybe I should move to Arizona. I wouldn’t have to worry about it then.