Starting tomorrow at 6am, Disneyland will be open for 24 hours for those who are brave enough to “rock” their Disney Side.

And although I despise the use of “rock” as a verb for donning any article of clothing and successfully gaining the approval of others and, therefore, really dislike this slogan, I will be there with the family. It’s okay if you think I’m nuts because chances are you’re right.

We’re not going because we’re hardcore Disney fanatics. Nothing could be further from the truth. In fact, being raised in southern California sort of desensitizes you from the ahhh! factor that mostly everyone outside of the state gets when they hear “Disneyland.” It’s just another stop along the 5 Freeway for us in most cases and our Annual Passports* were bought as a way to kill a few Sundays a year when we had nothing else to do.

But there are exceptions, like those who will be camping out starting at midnight tonight waiting to get in at the precise moment the gates open then partake in a marathon park visit for the next solid day.

That’s not me. While I like Disneyland and all that, let’s get something straight: you will never find me camping outside of anyplace for anything. You just won’t. Unless I’m camping for the sake of camping.

We’re going because we were invited to go by a friend who just spoils us too much, but whose spoiling is so appreciated. We simply cannot repay her for what she’s done and continues to do.

At any rate, here are the details of our visit.

It won’t be the full 24 hours. I am working until 7pm on Friday and Anthony has school, so right away there’s a good portion of the 24 hours cut from our visit. I plan on meeting the family and friends at the park around 8pm provided traffic around the park is not winding down every possible side street like an anaconda.

Lines won’t be an issue for us. While the crowds may be huge and lines long, the one thing those who camped out will still have to do is wait or, as they most likely will do, use a FastPass. Not us. We will once again have our VIP Guide giving us quick access to all attractions. He will be ours from 4pm – 4am so we need to cram in as much fun as we can in those 12 hours. He can also schedule prime seating for everything going on for this special event.

I am going all night. I have made it my quest to uh…rock my Disney Side from the time I arrive until 6am the following morning. I want to see how tired people are as they drag themselves down Main Street. I want to see the sun come up over the Matterhorn or Space Mountain. I want to see World of Color at 3am, ride the Haunted Mansion at midnight, eat a churro at 4:47 in the morning. I’m going to do this, even if the family decides they’ve had enough.

We have a room. If the family chooses to end their quest early, they’ll have a room waiting for them at the Disneyland Hotel. And when I drag myself in there at 6am, I can crash for about 5 then start to pack up for our 11am check-out time.

It will be social. What good would an event like this be without spamming your social network feed with umpteen photos? I plan on posting pictures/tweets on Instagram and/or Twitter at every ride we conquer along with the time we are in line, for as long as my phone’s battery holds a charge, with whatever hashtags are pertinent to the event. #disneyside seems to be the only one I’ve heard of as of now.

I have no idea what we’re in for but rest assured you will see it as it happens on the aforementioned networks. Wish us luck!

And hey, I think I’ll wear this loud shirt from 1990 – Disneyland’s 30th anniversary – to the event.

Or should I *cringe* rock something else? 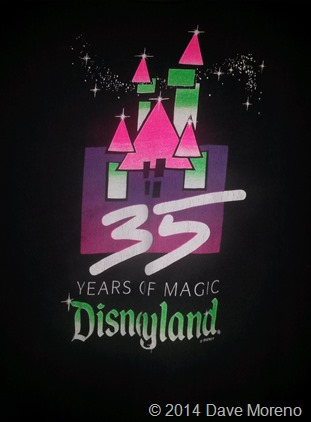 *We’ve since abandoned renewing our APs as they because way too much for us. Being unemployed didn’t help matters. 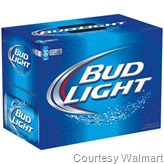 It was a busy, long night at work and our lead cashier – she’s been on the job almost as long as I’ve been alive – was working the long shift with myself and the manager. It was late, we were counting down the minutes until it was time to go home…a long night.

She bought us packs of Mike & Ikes and Hot Tamales just to keep us going.

Later, she made the “store closed” announcement and a few people rolled up to her register to pay for their goods. The first gentleman had filled his cart with liquids: lots of individual bottles of water and a ton of Gatorade. I mean his cart was full of Gatorade bottles in every flavor (or as most people choose Gatorade, color). But hey, it’s on sale and there was a minimum purchase (88 cents with a minimum of 8 bottles) so he stocked up. I’m sure I would have done the same if I needed that many bottles.

The guy was waiting for his significant other – wife or girlfriend, I dunno – to return with a few items she was still looking for. That’s when the customer behind him looked inside his cart with amazement and spoke up.

“You know, I have to ask you. Why so many bottles of Gatorade? I mean, that’s a LOT of bottles of the stuff.” The guy just kept on rambling on about the quantity of the man’s purchase and really wouldn’t shut up about it. I was called away to do other tasks as he continued to probe the guy about his purchase.

I later came to find out that our cashier, tired of his incredulous and downright stupid remarks, sternly looked at him and offered this gem.

Touche, my friend. Touche. I was almost in tears laughing when she told us this.

And you know what? She’s absolutely right and I know why she said that.

So what if the guy is buying 32 bottles of Gatorade. What’s the big deal? Maybe he likes it. Maybe he’s the coach of a team. Maybe his body requires more electrolytes than the average person.

The other guy was buying a Bud Light case comprised of 30 cans of beer. At least there are benefits to drinking the Gatorade.

Mr. Beer Can had no room to speak up, and the cashier later told us she didn’t think he even heard her comment because he just couldn’t shut up about someone else’s purchase.

Honestly, dude. It’s none of your business. He could have been buying cases of Fleet enemas and it still would be nothing for you to be concerned about. Now can we make all sorts of assumptions about you being in the store after midnight, by yourself and buying 30 cans of beer?

Yeah, I didn’t think so. Because that would be rude.

Okay, now that it’s taken my laptop a good 10 minutes to finally decide it’s going to work for me, I can start tonight’s post.

For all intents and purposes, I don’t watch a lot of TV. In fact you could say that my viewing habits are practically nil when you consider the shows I watch on a regular basis: Big Bang Theory and Cosmos. That’s honestly it, and I just started with BBT this year.

How little TV do I watch? This may blow some minds but I’ve never owned a DVR nor ever had the desire to. Now I’m not sure when the DVR was invented but I can say that I haven’t recorded a show since I owned a VCR and even in my latter days of owning a VCR, I didn’t record much. I suppose a few reasons why I don’t watch much are that a) having been a background actor, it’s hard for me to find any escapism in them and b) they mostly seem like a monumental waste of time.

Dancing B-list stars don’t impress/entertain me, nor do “reality” shows. Also, I never subscribed to the cable channels that showed the most popular shows. We also literally and figuratively cut the cable cord a few months ago and haven’t missed a thing. (Roku, Hulu, Chromecast and broadcast TV are what we now use and even then, I rarely watch anything.)

I had to turn to my Facebook friends to give me some suggestions about today’s most popular shows so that I could take a stab at writing what I think they’re about or at least come up with an embellishment that would be slightly entertaining. They spoke, I listened.

Here, then, are just a few of their suggestions along with my ideas of what may transpire when watching said shows. Keep in mind that I’m totally clueless about most of them; I may know a character’s name but as far as plots and everything else, I’m completely lost.

24: I know a little about this one. From what I understand, Jack Box runs around on his cell phone while pointing his gun at people. I hear he also shoots it quite a bit, mostly for fun. A real renegade who needs a Bluetooth.

Castle: Seems simple enough. It takes place in a castle, right? It would have to with a name like that. I’d wager there’s always some kind of battle going on either within it or outside of it for complete reign of the country. I could be wrong, though.

Game of Thrones: This sounds like an imported Japanese game show in which contestants are made to eat ridiculously bad foods (or insects or insect droppings) to the point of nausea. Then, once they are near vomiting, they must play a game of Musical Chairs only the chairs are port-o-potties, or the “thrones.” The remaining contestant gets the throne, and the right to use it. In Japan, the show would be known as Bidet Sickness Impulsive! (ビデ病気インパルス!)

Veep: Veep is about an alien who was sent to earth on a recon mission. He has taken on a human form so as not to blow his cover. We won’t know what his real mission was until the final episode.

Mom: This is a spinoff based on the Futurama character Mom. With her three sons in tow, the comedy (slap) never (slap) stops (slap)!

Agents of S.H.I.E.L.D: The acronym stands for Super Human Intelligence with an Emphasis on Language Detection. It’s about a group of proofreaders who proofread medical documentation in several languages by day and fight crime by night. Gee, this plot sounds really familiar, except the fighting crime part. I don’t have a superhero outfit.

Naked and Afraid: Some things don’t need an explanation.

Person of Interest: It’s a live show, 22 solid minutes (with 8 minutes of commercials, of course) of The Most Interesting Man in the World dispensing his wisdom to callers via Skype.

I think you get the idea.

Yes, I’m totally clueless. And no, I’m not ashamed of it.