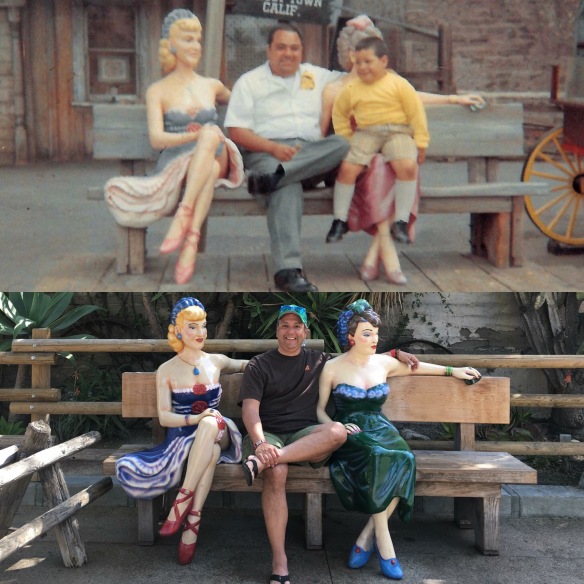 Bottom: me at Knott’s Berry Farm in 2016 with these same ladies.

I had a hard time dealing with it this year, probably because it was such a monumental anniversary and in two more years, Dad will have been gone exactly the same time he was here: 42 years.

And every year on this date I go through a range of mixed emotions.

I hardly spoke a word at the office today and just threw myself into that endless pile of Excel files that need to be edited, cross-referenced for content, etc.  It made the day go faster and kept my mind off of things.

I goofed around with my kid outside for a little bit before the mosquitos started to bite us. Anything to keep my mind going.

And now, aside from blogging, I’m watching the Dodger game. When that’s done I’ll throw myself into something else, maybe play some Xbox one or study one of the languages I’m trying to learn.

But in any case, I’ll most likely find myself shedding at least one more tear for the man who was loved by all who knew him.

Thank you and goodnight, Dad. I miss you.