There was an awards presentation at Anthony’s school today which, unfortunately, I had to miss since I’m still working. Not unfortunate in that I’m still employed but that I couldn’t be there like so many of his other events in the past. In fact I’m working an extra 5 hours tomorrow, all of which will be sweet, sweet overtime. This’ll come in handy since I will be unpaid for the upcoming holiday office closures. Which will suck.

Anyway, when I got home I was happy to see Anthony’s award, as humble as it may be. It’s not exactly parchment paper or even worthy of framing but it’s recognition nonetheless and that’s good for him especially when you consider he’s still fighting off what’s left of the pneumonia he’s been stricken with for the last few weeks. (And now Ann has it so I’m doubling up on my vitamin doses.)

So I gave him a great, big hug and told him to keep the momentum going. He’s come a long way and I am as proud of him as a parent can be. I then reached for the certificate and looked it over to see why he earned it.

And that’s when I grunted, bitched and moaned.

Why, you ask? Just give it a gander and see if you notice anything wrong (school name and logo intentionally pixelized so as not to incriminate the guilty): 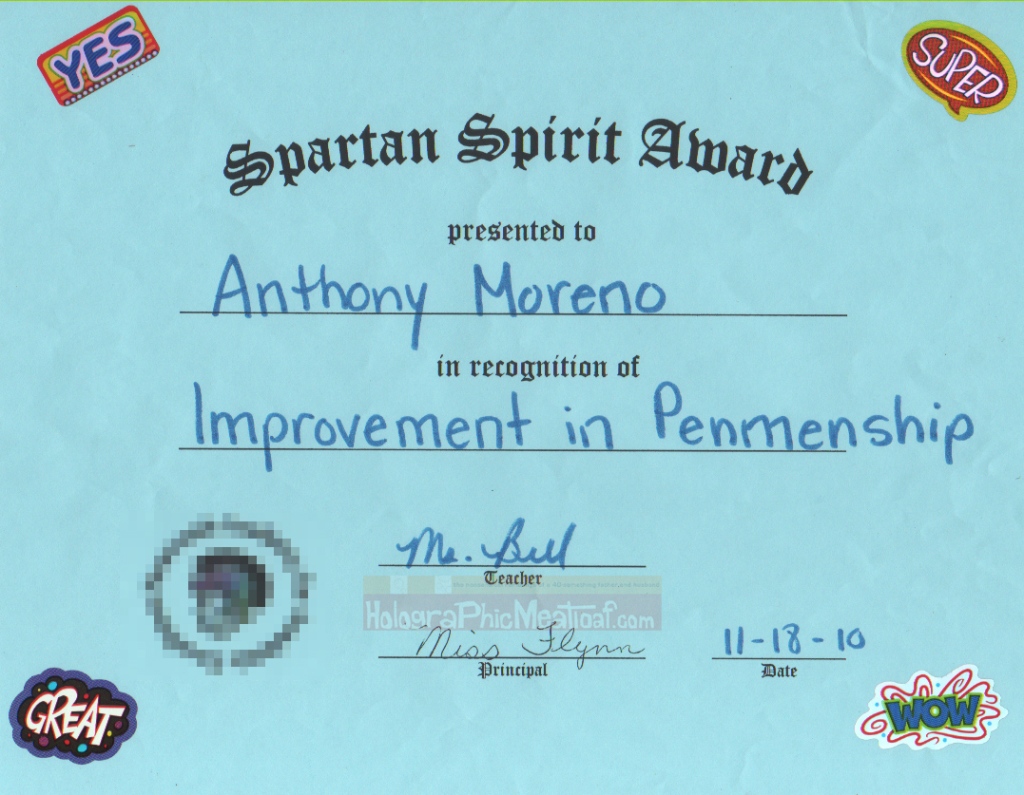 I don’t know who filled out these certificates but…since they were given out to, ya know, students at a school, let’s try and make sure that everything’s spelled right before distributing them, mmmmkay?