Yesterday, I began my 42nd year on this often cruel material sphere. And for the most part, it was good.

Except for the splitting migraine or sinus headache that started on Sunday when we came home from Disneyland (which makes me wonder if there is a direct correlation). I took what I believed to be Excedrin Sinus Relief pills to no avail since, upon closer inspection, I realized they were just ordinary ibuprofen pills that I had poured into the Excedrin bottle. Ugh…

The pain continued through Monday when the ability to think straight got the best of me and I kindly asked if I could leave work after putting in 4 hours. The boss obliged and I was on my way home. You just can’t proofread with a migraine. Well, you probably could but I wouldn’t recommend it.

My head felt like it was going to explode but despite the pain, my day got better when I got home.

I was greeted by Anthony who couldn’t stop hugging me and saying, “Happy Birthday, Daddy!” He was home from school because of Presidents’ Day.

Ann was busy in the kitchen and in addition to dinner, made some goodies for all of us (with Anthony helping sprinkle them): 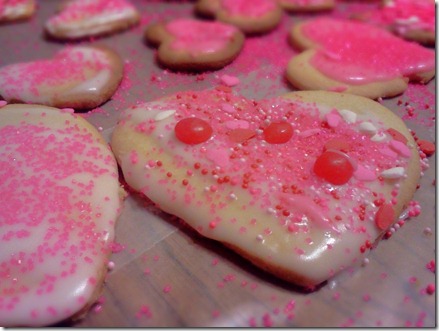 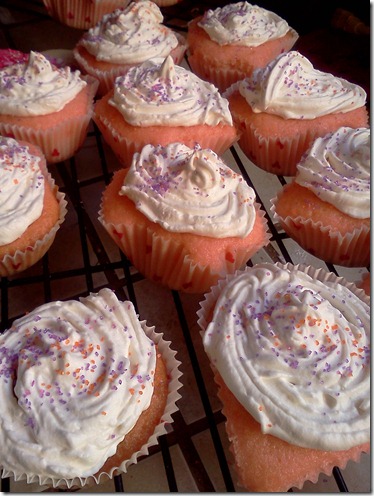 Mmm, can’t you just taste them? Those pictures, by the way, were taken with my new Virgin Mobile LG Optimus V phone which I am enjoying more than anything at the moment. I’ve also written a few related posts:

There is apparently big interest in these phones as both posts have been getting quite a few hits since I wrote them and given the cost of everything, it’s easy to see why people are inquiring. See the first post for a rundown of some features as well as what I do and don’t like about the phone.

Back to my birthday. Once I got home and ate dinner I pretty much tried to relax as best as Anthony would let me. He loves birthdays and is happy to celebrate one at any time.

I got a bit of a reprieve when some of his friends started playing outside and he went to join them. I finally was able to lay on the couch and shut my eyes, hoping the pain would go away.

It did to some degree but once Anthony was in bed at 8:30 pm, I was a man down as I fell asleep on the couch. I remember waking up at 11:45 pm and then dragging myself into the bedroom for the night.

By this morning, the headache was gone for the most part and I returned to working a regular shift.

I’m usually pretty healthy and haven’t had any sort of illness in literally years. While this was indeed an inconvenience, it wasn’t the worst headache I’ve had. That honor goes to the one I had when I was working for Best Buy and couldn’t even look at any light source. I stayed in a dark room wearing sunglasses for a day, feeling (and no doubt, looking) like a  total douche.

That was awful. But as of now, I’m feeling alright but could still use some sleep.

That is, after I go and have another cupcake…