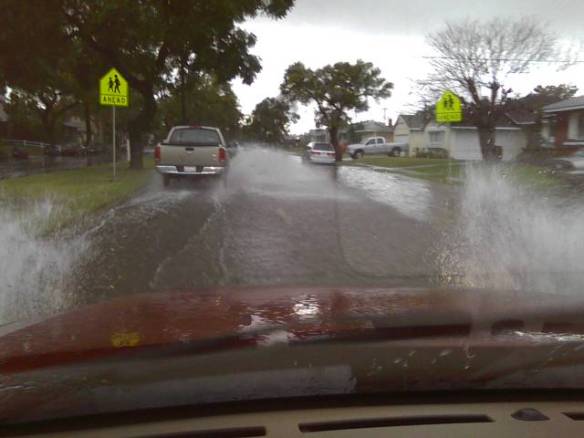 This was my trip home after picking up Anthony from school. By the time I left the truck, picked him up and returned, we were both drenched to the bone. I’m not saying it was bad but we’ve had several advisories: tornado, high surf, etc.

It was so bad that all the manhole covers were being popped and thrown in the middle of the streets (see middle of picture):

I also saw quite a few trash cans floating down the street: 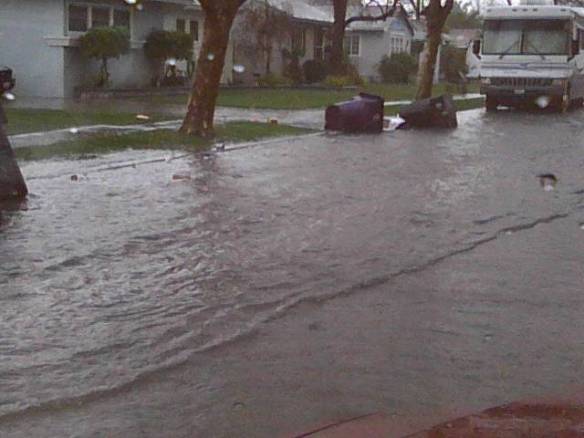 I ended up calling the police and they dispatched help immediately:

And here’s the flood channel behind Ann’s office: 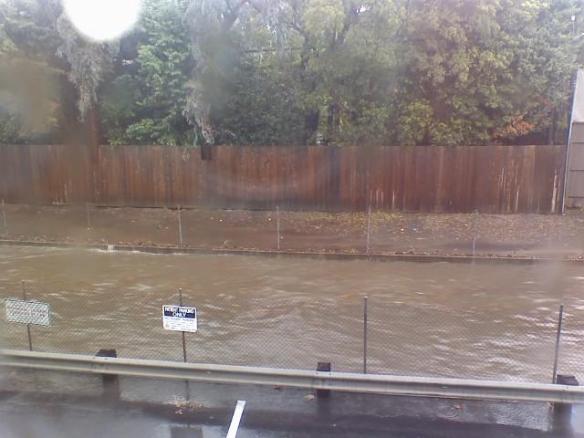 Yes, it’s almost to the top.

And this street was completely flooded: 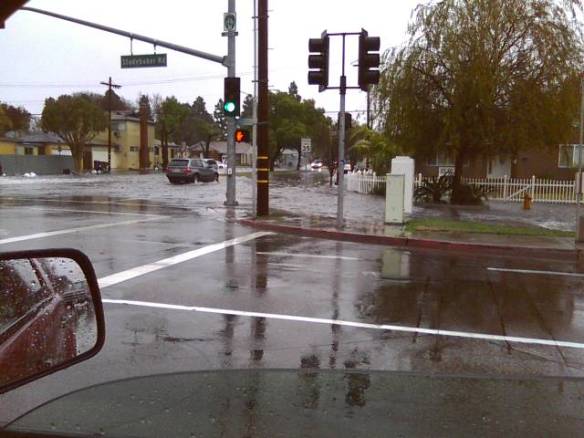 Despite all this, keep in mind that the worst is yet to come. Yeah, so it’s not snow or anything but it’s bad enough. Either way, I still love the rain.