I had a rather bad day at work today but not because of the job itself.

While the holidays tend to fill everyone’s life with a sense of joy and good spirits, they can be hard as well. I’m one of those who loves the holidays but there’s always that void that I feel when the come around: the absence of Dad.

And as time goes on, the pain of his passing – even 36 years later – is still enough to turn me into a pile of mush.

That’s what happened today and it didn’t really hit me until I hung this picture of Anthony that I took at the L.A. Auto Show yesterday. 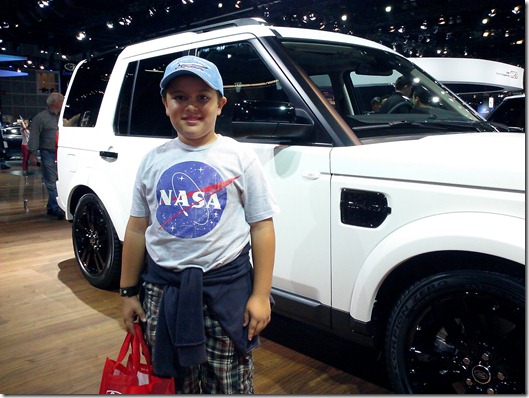 (Side note: the printed version was courtesy of Land Rover. When you took a picture in front of one of their vehicles and tagged it #LandRoverLA on Instagram, they would give you a print of it. Pretty cool.)

As I tacked the picture to the corkboard in front of me I glanced at the goofy smile on his face. I also stared into those eyes that were looking back at me, eyes that have seen so much more that I did at his age. I started to reminisce about yesterday and the fun the two of us had at the auto show and how much he enjoys taking the train to any event.

I remembered grabbing his hand every time we crossed the street or encountered large crowds, when he forgot his Toyota bag filled with auto show goodies (as his iPod) at another display, the ice cream we split before we headed home.

I then remembered Dad’s hand grabbing mine whenever we were together, all those times I did something dumb and he never got mad, and Dad stopping the ice cream truck to buy me a banana split.

And with Christmas Eve being Dad’s birthday, things just screwed me up even more as I relived our short time together. I tried my best to hold back the tears as I sat at my desk and remembered those few Christmases we shared and the sheer joy Dad would have when we opened presents.

I also started thinking about how much I want Anthony to have a great Christmas but with money being tight, he’s getting a lot less this year. And that brought me down as well. That pretty much set the tone for my somber mood for the rest of the day, a day which consisted of me only speaking when I had to and being relatively reserved.

I’m sure that Dad would approve of the job I’m doing as a father but it seems like I can be doing so much more, which probably stems from Dad being gone and me wanting to do as much as possible with Anthony so he has more memories of our times together.

I’m a bit better now but still wiping the occasional tear away from my eye knowing that Dad’s birthday and Christmas are about two weeks away. That’s when I’ll make my trek to the cemetery to leave flowers on his grave, cry, curse the fates that took him from me, and come back home to the loving arms of my family. 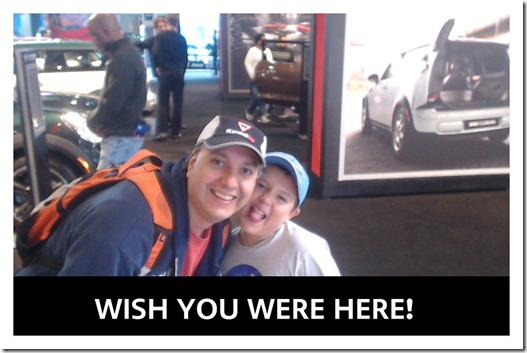 …I really, really wish you were still here, Dad.