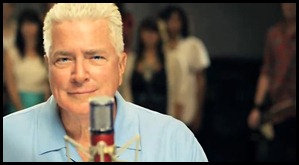 It wasn’t a big enough story for me to get an SMS from my local news station’s breaking news alerts nor did it overshadow news of Kim Kardashian turning down a ridiculous amount of money for first dibs on her baby’s photos.

But that’s just how he would have wanted it.

Local public television personality Huell Howser, who delighted his viewers with his folksy Tennessean demeanor, boyish charm, and sense of wonderment at what some would consider the most mundane things, passed away Sunday at 67. He was the host of several public television shows that saw him visiting with people from all over the state of California, from as far south at the Mexican border and all the way up to the St. George Reef Lighthouse near Oregon.

While his passing has saddened many (myself included), it probably wasn’t a complete shock to some. It had been reported that Huell, a private man off-camera, was in ill health for some time which may have led to his sudden retirement on November 27, 2012 in which it was announced that he would cease production of his shows effective December 31, 2012. It’s also worth noting that he donated his desert home and video archive to Chapman University a year before.

I started watching his shows when I was a teenager because I fell for his simplistic approach to his shows: one camera and a microphone. That’s all it took for Huell to turn an ordinary trip into something “amazin'” as he would say. In a world filled with flashy intros and overproduction, Huell showed us that none of it is necessary in order for make great television.

What was great about them was the rapport he had with Joe Average, turning the camera on everyday citizens and finding something absolutely fascinating about what they were doing. Watch how he is enthralled by customers dining at Farmer Boys and Fosters Freeze. It’s just fantastic.

No matter which show you watched, he opened up your eyes to parts of California you may have otherwise never known existed, and his down-to-earth persona appealed to viewers and those he was interviewing. You’d be hard-pressed to find anybody that had something bad to say about him, and his always joyful exclamations of “Oh my gawsh!” and “That’s amazin’!” only added to his charm.

Wherever he went, he made each and every excursion memorable and was always happy to bring us along. I can give a list of my favorite episodes but one in particular that I always remember was when he visited the See’s Candies factory. Not only did I learn that the white paint in side each and every location is actually a special blend called See’s White, but I also wanted to run out and buy a one-pound box of See’s Candies whenever I saw that episode. It was fantastic seeing Huell get so riled up at how candy – CANDY, people —was made.

How well-known and respected was Huell? Listen to this interview with his producer Phil Noyes and you tell me.

Huell’s appeal went far beyond us common folk. Matt Groening is a huge fan of Huell Howser and not only parodied him in an episode of The Simpsons as Howell Huser but later had him portray himself in an episode in which Huell visited, of all places, a candy factory. It seems me and Groening share the same favorite episode, and I can’t think of a greater honor than to be a guest on that show.

Another one of my favorite episodes is this one in which he takes a former elephant trainer to visit his old friend. They say elephants never forget and that’s definitely the case here. (Note: have the Kleenex handy.)

And then there was the ubiquitous yet never-seen Louie, Huell’s cameraman on whom he always relied to get a shot a moment’s notice. Hearing him command “Hey Louie, get a shot of that!” and “Hey Louie, come on! Look at that!” was common and I often wondered if Louie ever got any sleep on their excursions.

He flew with the Blue Angels. He was on top of the Golden Gate Bridge. Huell got around.

Huell wrapped up each episode of California’s Gold with an instrumental of the state’s theme song, “California Here I Come.” To give you an idea of what an indelible mark he had on viewers, he was featured in a music video for Musician’s Institute in Los Angeles in which he sang the song about the state he so dearly loved. And I can’t think of a better way to end this post.

California’s gold has lost a lot of its luster in his passing, yet we are richer for having him take us along on his adventures. He brought a sense of pride to Californians and gave them a history lesson about some of their local businesses and landmarks.

Requiem in pace, Huell. You truly were a treasure and it’s hard for your fans to believe that you truly are gone. You were more than just a host of a television show, you were a friend to all of us.

May your next journey be paved in streets of gold.